Inspired by how whole and complete circles are as an entity, Henri Souffay combines that with his fascination with XIX century book,“ Souvenirs de Marine”, written by Vice Admiral Edmond Paris. The book contained ship plans, which for the most part are now extinct. For this exhibition the artist has decided to recreate these boats, in drawing format according the plans and descriptions made by Edmond Paris.

The circle on its own is a complete entity. So whole, so beautiful. Nothing that lies outside is boundary is included, therefore our attention is focused and limited within its boundary. It knows of no distraction, disturbance or interference. Only what is within it remains. It is the wholeness of the circle that draws Henri towards it.

His work is detailed and intricate. The artist pays close attention to detail and includes every little details into his work. His line work is delicate and elaborate and draws the viewer in immediately. A beautiful piece titled, The Wheel, done with ink on paper shows the wheel of a train (suggested by the train tracks drawn below it). Henri has captured every nut and bolt in his art work, bringing the wheel to life.

Another piece that stands out is titled, Leaves, done with pen and ink on paper the artist has shown two symmetrical circles facing each other, made entirely of large leaves, one circle is done in darker hues of brown and the other identical circle, opposite that, seems to have been almost printed on, in the same colour palette but in lighter hues so it looks almost stamped on.

The boats that the artist has been inspired to paint are from decades ago and therefore have an aura of mystery surrounding them. The large ships with bellowing sails is almost reminiscent of pirate ships from back in the day.

Henri Souffay’s work is distinct, detailed and showcases the self-taught artist’s talent and passion for art. 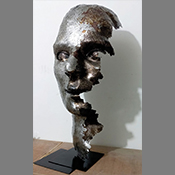 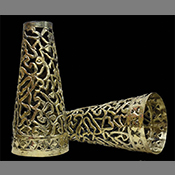 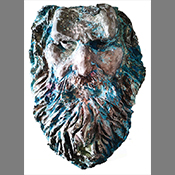 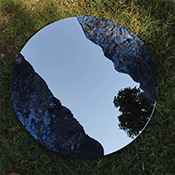