Ghulam Mohammad’s solo show held in a local gallery in Karachi was a an appealing and engaging exhibition for the audience.

The inspiration and thought process behind the exhibition is well articulated by the artist himself, “My practices places itself at the intersection of the range and limitations of languages both as a visual and formal construct as well as a conveyor of meaning. This interaction is characterized by the tension that exists between capacities of language to both impart from as well as from the potential, orientation and performance that is the primary motive force behind the process of the practice as well as the work it produces. As a performing phenomenon language operates on both an individualistic level as well communal plane, situating the individual in a particular context and growing of vocabulary of that language around the individual. When multiplied, the interaction of these various context individuated habits with respect to language can at times, understandably, be overwhelming. The act of spatially repositioning linguistic conceptions and forms is then an approach characterised by making through rediscovering. It is the hope in the rediscovery phenomenon, the various emotive and formal potentials of language can be unlocked anew.“

Ghulam Mohammad’s work is intricate and detailed. His line work is extremely fine and the attention to detail is worth mentioning. One can only imagine the hours the artist must have spent to get every single detailing right.

His colour palette is sombre and muted, yet still manages to be aesthetically pleasing. Ghulam Mohammad’s art doesn’t require bright colours to make a point, its simplicity is what makes it stand out.
Ghulam Mohammad’s talent shines through in this exhibition. His concept and theme is clear and he has managed to execute it beautifully. 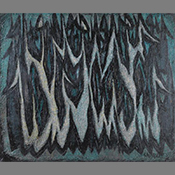 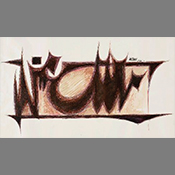 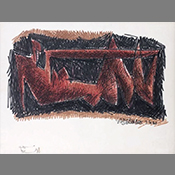 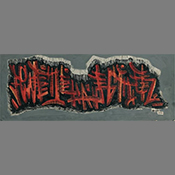 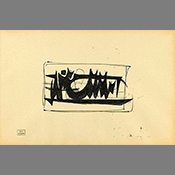