You Think You Know Me

Irfan Gul Dahri’s solo show in Karachi has left viewers mesmerized. You Think You Know Me is the artist’s latest collection of work. It is a stark contrast from the previous works done by Irfan. His past exhibition which was mythical in nature where fantastical creatures, half human and half animal, dominated his canvas this particular exhibition seems to touch upon the duality of human nature. Irfan has remained true to his post modern style, but highlighted different themes and concepts in his current exhibition.

In this exhibition Irfan has painted the female form. Majority of the paintings have the female represented in some form or the other. The women he paints have large eyes, thick locks of dark hair framing their delicate faces and porcelain like skin; that one is almost tempted to reach out and touch them. His colour palette is largely subdued, with pops of bright colour to add texture and depth to his paintings.

A rather interesting piece shows eyes, googly eyes often seen in children’s art work, attached to a woman’s back. Perhaps this is a commentary on how nothing is hidden, but only those parts of our personality/life are shown that we share or wish to show. Human’s have a mask which they intentionally or unintentionally don to protect themselves. It could also mean that humans are by nature inquisitive and like to know/see everything, even things that don’t necessarily concern them or affect them.

Irfan has a master’s degree in visual art from National College of Arts and was awarded with Charles Wallace Visiting Artist Fellowship 2013/14 to study at Prince’s School of Traditional Arts, London. The artist has remained active in various community projects regarding student counseling and training through lectures, seminars, discussions and formal art classes at NCA, UOG, PU, NTU, BNU, Studio RM and other institutions. Irfan was honored with the Arjumand Painting Award in 2017 as well as the Chughtai Award and Principal’s Honors Award in 2003 for academic excellence in B. Design from NCA, where he is a member of the permanent faculty. Irfan has participated in several group shows, locally as well as internationally. The artist resides and works from Lahore.

Irfan’s work is bold and exciting. It allows the viewers to engage in conversation and present their own ideas and understanding of each piece. 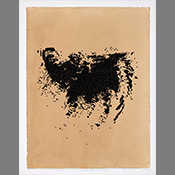 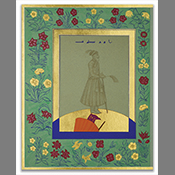 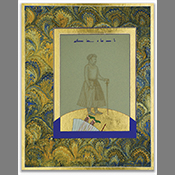 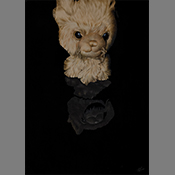